The River Derwent at Ebchester has been used for rowing since at least 1872 when the first boat was kept at Ebchester, under some trees.  By 1876 the Ebchester Amateur Rowing Club was formed and the first boathouse had been built.  In 1878 the river was widened, on the Northumberland side, to improve the course.  That first boathouse was replaced in 1899 with another timber building.  In 1906 a dressing room and verandah were added on top of the boathouse. 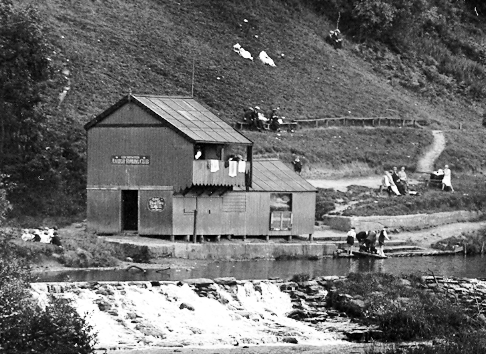 The Club provided a very important part of the village social life, for both young and old; with Meetings and Regattas being well attended by both competitors and spectators.  The Second World War drastically reduced the number of events at Ebchester.  During the war many men of the East Lancashire Regiment were stationed in the Consett area and the Regiment hired Club boats when practising the erection of pontoons on the river at Ebchester.

The first season after the 1939-45 war was probably the most hectic in the club’s history.  Five regattas were held and many new younger members joined the club. At least four regattas were held in each of the following years.  Entries for the 1957 regatta were, according to the local paper, the best ever – scullers from Durham, Chester-le-Street, Tynemouth and Hexham all took part. However, the all-wooden boathouse, having served the Club well for almost 60 years, was described by the Consett Guardian as follows; ‘Its creaking timbers, rotting floor-boards and deteriorating foundations now need replacing’. Members organised an appeal, contacting both local firms and individuals.  Response was excellent and the ‘do-it-yourself’ building soon got underway with members doing most of the work.  The new boathouse was completed in time for the 1960 season during which a dressing room was included on the first floor. Shortly afterwards a culvert was constructed by Consett Urban District Council to allow a separate toilet block and shelter to be built over the Ebchester Burn, close to where it joins the river. 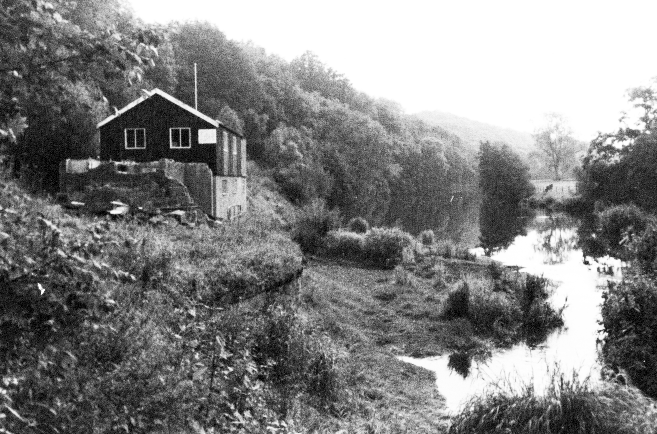 However, in 1978, the Ebchester Village Trust stepped in to save the boathouse from demolition and in 1981 the 5th Tyne Sea Scouts brought the building back into use. Since then the Sea Scouts have continued the tradition of water activities on the River Derwent.  Today the river is used for canoeing and kayaking by several scout troops: Consett YMCA: schools: and other organisations, including those who care for people with special needs.  The river is also used regularly by the Lanchester and District Model Boat Club. 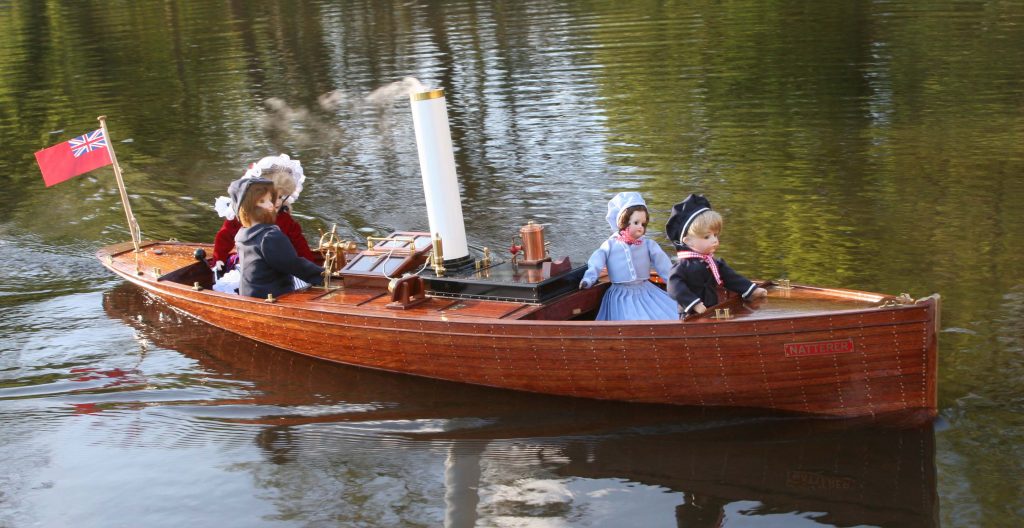 During 2010 the Ebchester Village Trust brought together a wide range of groups and authorities who had an interest in the environment of the River Derwent at Ebchester. The main areas of concern were the poor condition of the weir following storm damage a couple of years earlier; and the general condition of the boathouse with its limited facilities
Thanks to the Environment Agency and Durham County Council the weir was repaired during 2011 and a fish pass was installed to aid the migration of fish.

River activities were disrupted following a severe storm in June 2012 during which a culvert on the Ebchester Burn was damaged.  A considerable amount of debris was deposited in the river and on the river bank near the boathouse, with some flood water from the burn entering the boathouse.  Eighteen months were to pass before the culvert could be repaired and tidying-up could commence, allowing normal activities on the river to be restored. 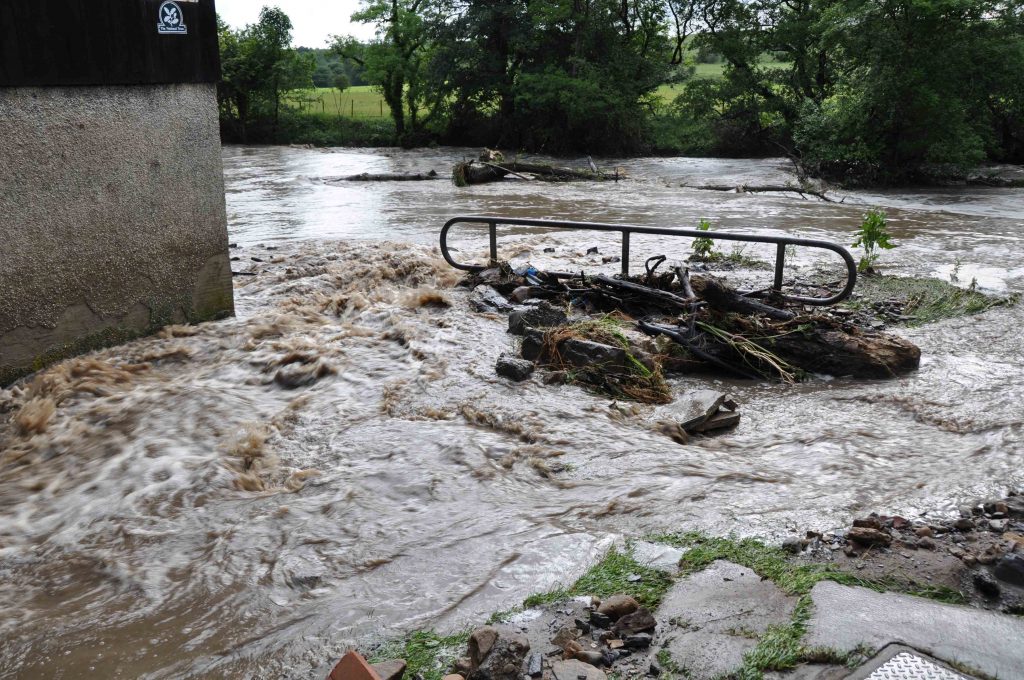 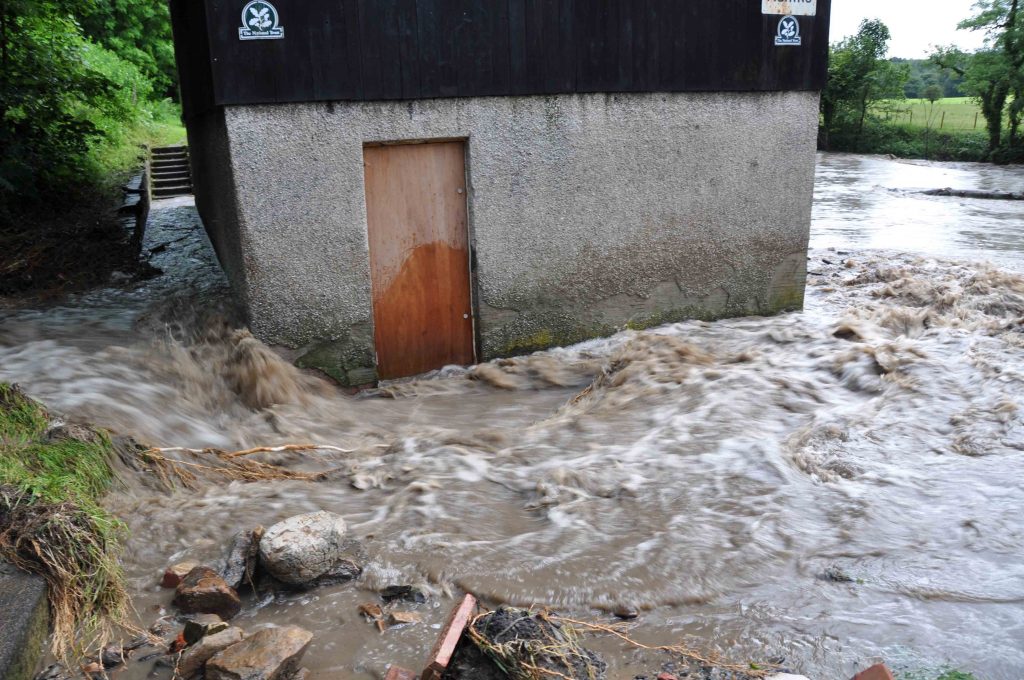 Several community events were held to raise awareness of the situation and to gather support for the proposals.  Pupils of Ebchester Primary School built excellent, large scale, models of their designs for the new boathouse.  A series of ‘have-a-go’ events raised community interest in rowing and canoeing.

The boathouse is located in a very picturesque location, on National Trust land. within the Ebchester Conservation Area. Consequently great care was taken to ensure that the design satisfied the requirements of the local planning authority and of the National Trust advisors. The design creates a safe and accessible environment while being visually attractive and responding to the local character and history.

The new boathouse will be slightly larger than that existing to create more space for boat storage and for meetings and shelter.  Changing facilities will be provided in a separate, linked building.  The building will be constructed in two phases, the first being the building of changing rooms and showers.  Planning consent to rebuild the boathouse has now been granted and It is hoped that work will commence during 2019 once sufficient funds become available. 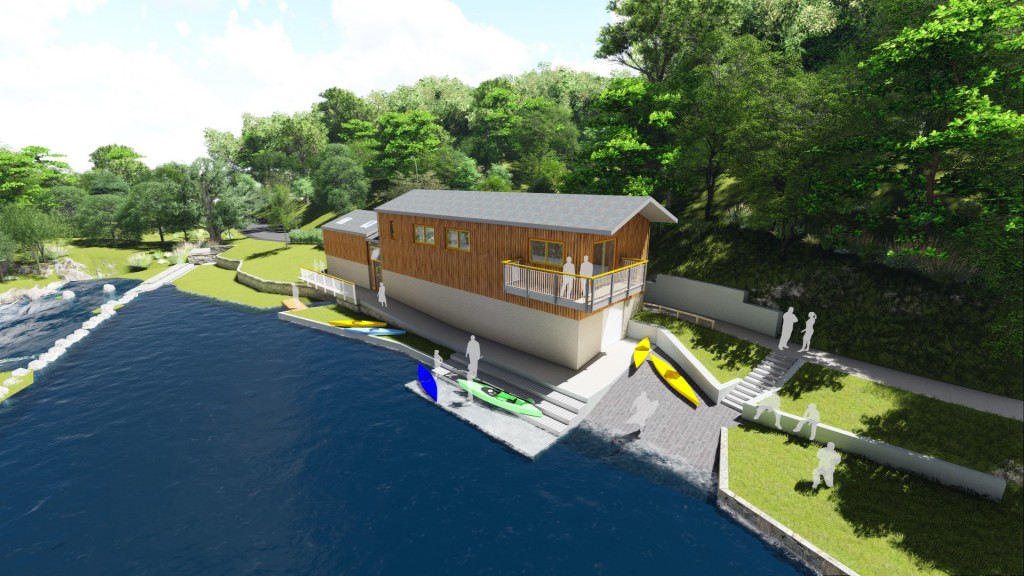 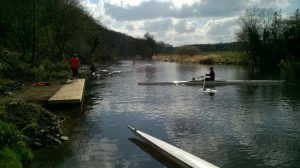