Ebchester Rowing Club was formed around 1876 and flourished until 1974 when it was dissolved due to lack of members and a general decline in rowing at the time nationally. 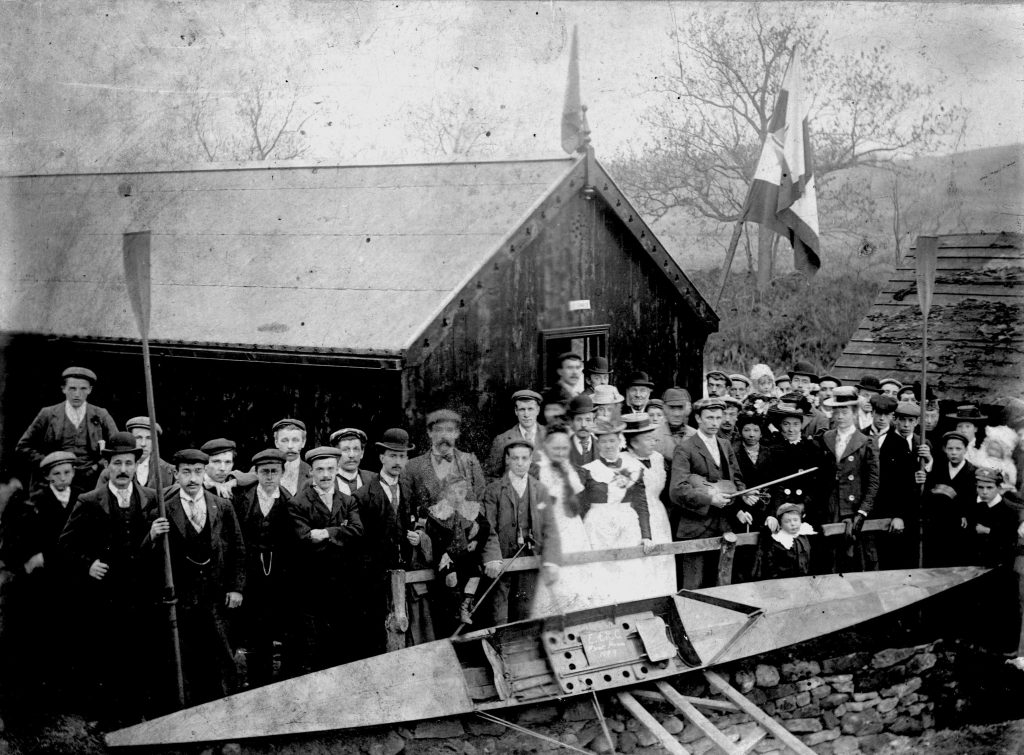 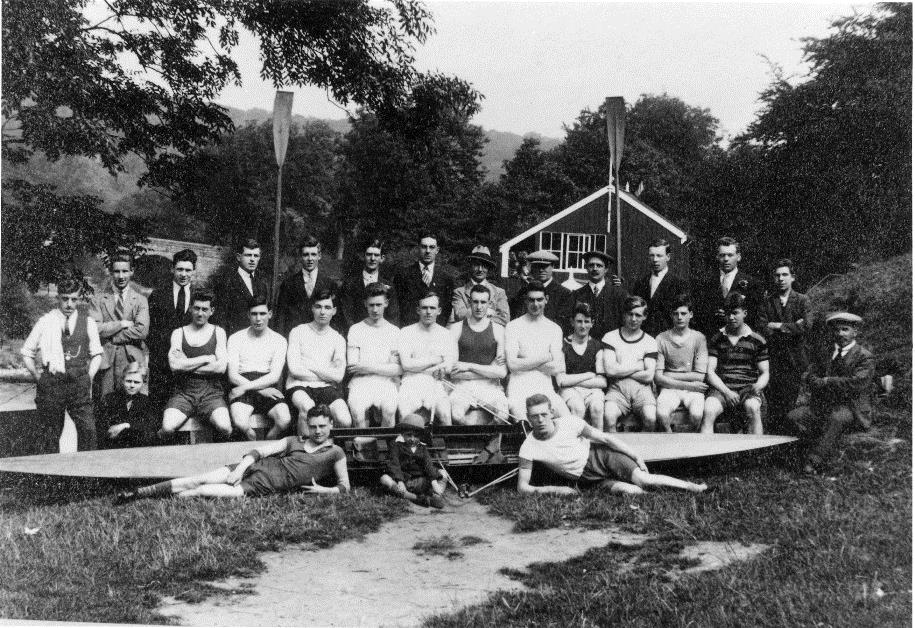 Even though the rowing club and stretch of river at Ebchester were small there used to be held regular competitive regattas, drawing rowers from far and wide to compete against each other. Local Ebchester rowers had a distinct advantage at these regattas as unlike anywhere else, the race involved a fast stop and turn around at the end of the course and race back to the start. The fast stop and turn could easily capsize a rower if not performed well.  Ebchester rowers were very skilled at stopping and turning, often being faster than anyone else and would be well ahead of their opponents after a quick turn. 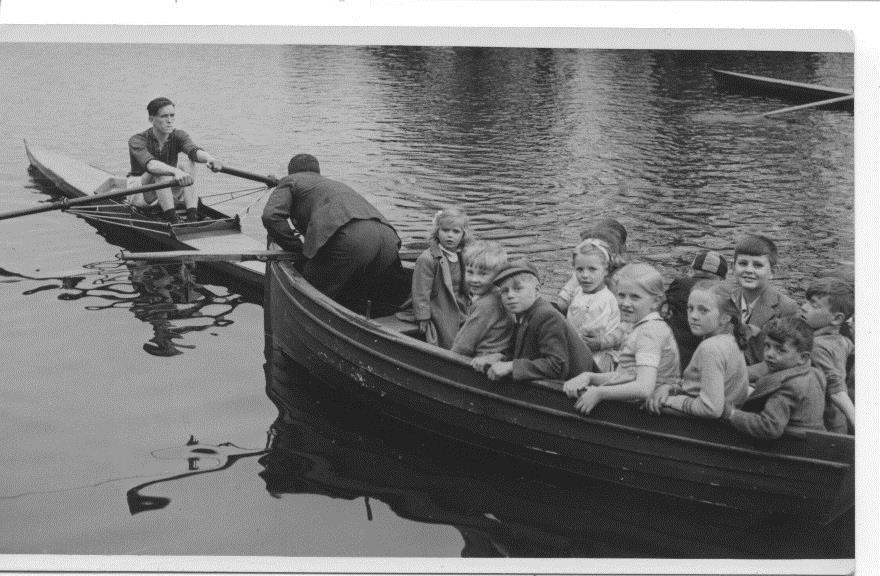 In 1935 the club was one of the best in the country, with over 70 members including several women. 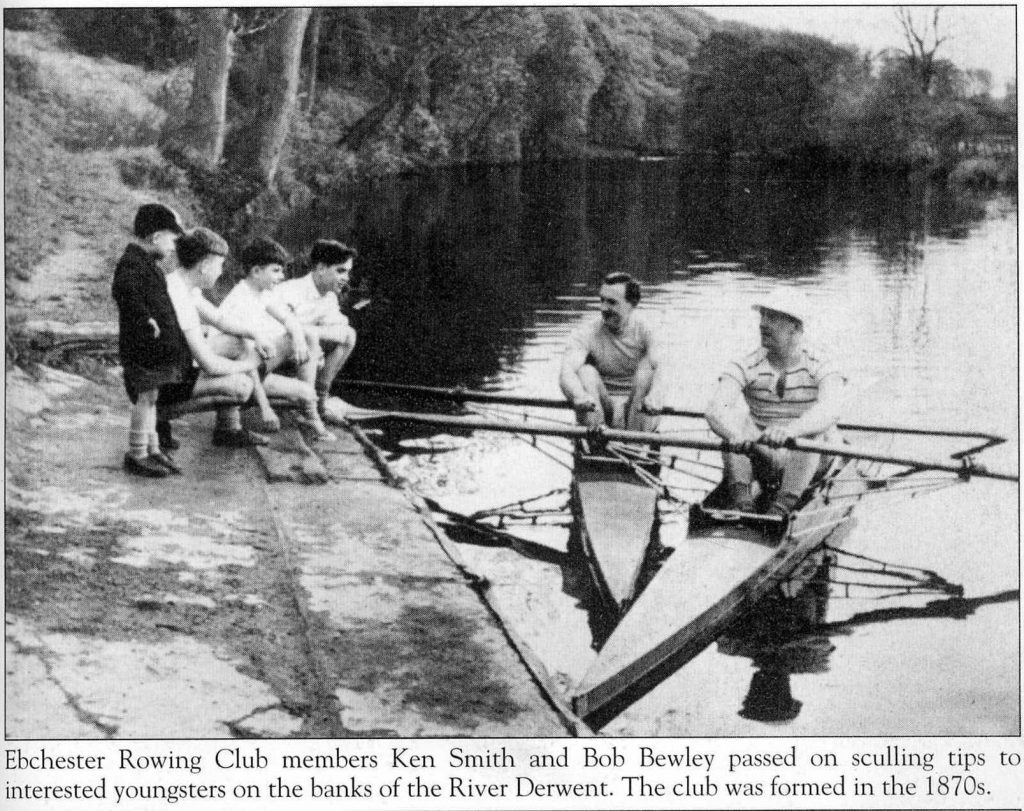 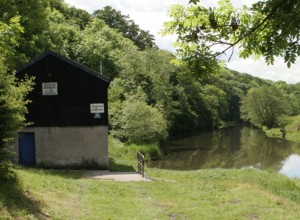 Interest in bringing rowing back to  the village was sparked again in 2015 when Hexham Rowing Club visited and held free ‘have-a-go’ sessions is a stable training boat. This was the first time in 41 years that there had been rowing on the River Derwent at Ebchester. 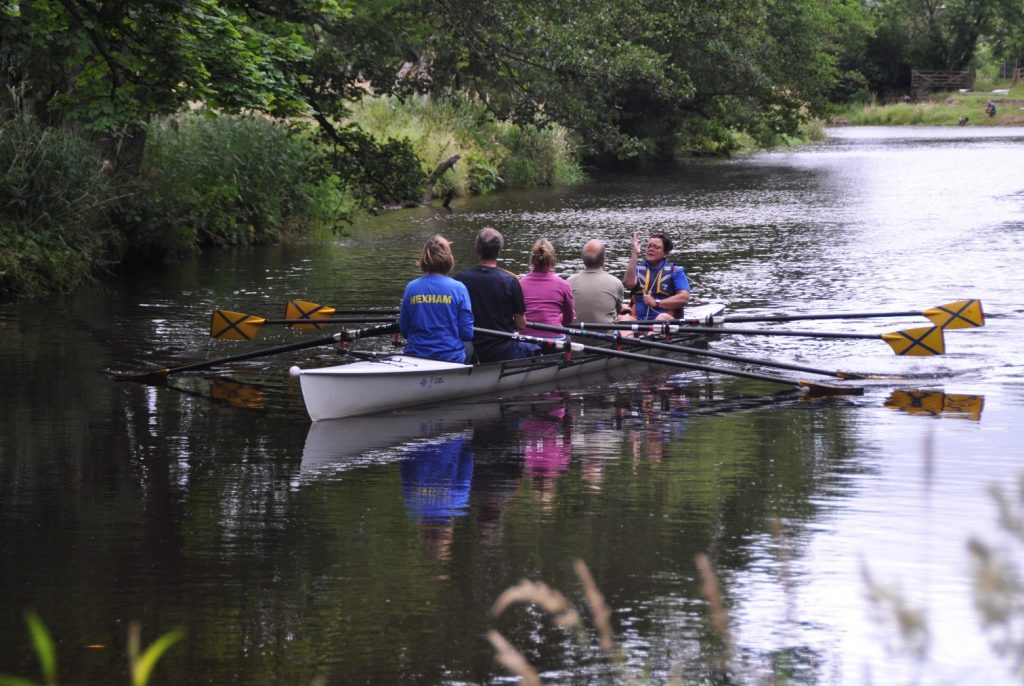 The visit by Hexham Rowing Club sparked interest from other rowers and in 2017 Gateshead Community Rowing Club began to visit the river. Rowers from Tynemouth Rowing and Durham Amateur Rowing Clubs visited in 2018. 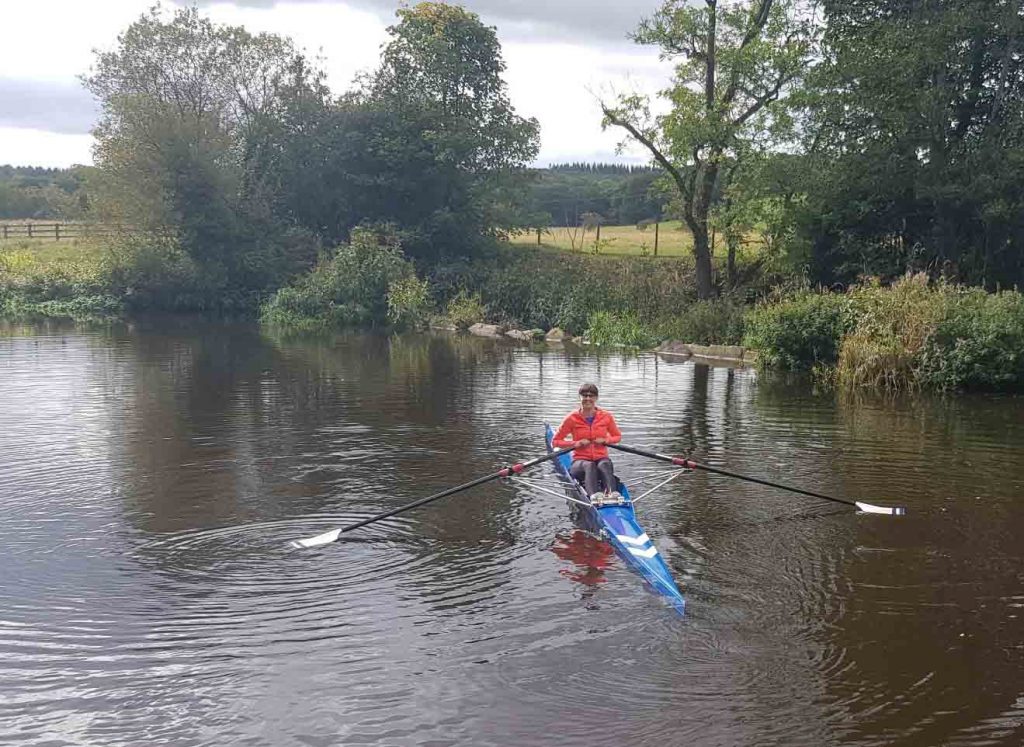 Sarah from Tynemouth Rowing Club enjoying a day at Ebchester in a single scull racing boat in September 2018.

A new group, the Ebchester Rowers, draws members from the village and surrounding area together with members of other local clubs who row at Ebchester.  The club hopes to purchase single and double racing boats which can be used by local and visiting rowers. In the 2019 season we aim to run a ‘Learn to Row’ course for beginners, supported by rowers and coaches from local clubs. Floating stabilisers will be added to the boats, but if anyone capsizes they can stand up and get back in their boat, the river being shallow and ideal for beginners.

It is hoped that there will soon be enough local and visiting rowers to make it possible to bring regattas back to the village.

If you are interested in learning to row at Ebchester: or in visiting from another club: or are a rower wanting to volunteer to help us; please email us at ebchesterrowing@gmail.co.uk

June 2019  Thanks to the generosity of other clubs and to some generous funders (details to be added later) we now have a fleet of boats to suit all abilities.  Come along and try our ‘Learn to Row’ courses

STOP PRESS  July 2019
We are pleased to announce that our first Regatta is to be held on Sunday 4 August from 11am until 3pm.  Pop along to see the action

Competitive rowing returned to the River Derwent at Ebchester in County Durham on August 4th after an absence of 46 years when the sixth round of the Sunday League was hosted by the recently re-formed Ebchester Boat Club. 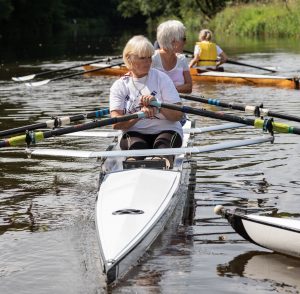 The Sunday League is a fun competition aimed at novice and recreational rowers, and consists of 8 monthly rounds at different venues, normally contested by crews using coxed quads and fours, but due to the limited space available at Ebchester it was decided that a timed relay race in coxed and coxless doubles would be more suitable.

Among the spectators was 88 year-old Alan Beveridge who has enjoyed much success on the northern racing circuit over the years and now sculls with the Talkin Tarn recreational rowing group. Alan very kindly brought along the magnificent trophy presented to the former Ebchester Amateur Rowing Club in memory of his father James Beveridge. Alan won the trophy with Ebchester in 1949 and 1959. The Beveridge Cup was duly donated to Ebchester Boat Club to be presented to the fastest sculler of the day. 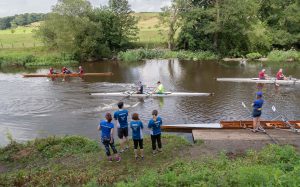 “Lovely to see the old trophy back where it rightly belongs! Alan and I thoroughly enjoyed our visit on Sunday and it brought back happy memories. Good luck Ebchester ARC – may you go from strength to strength.” said Alan’s wife Enid.

Spectators were then treated to some top class sculling in the sprint competition with Jamie McCarron of Cambois and Chris Eke of Berwick winning the open double sculls in 42.15 seconds, before both contested the open single, each completing the 200 metres in under 40 seconds, and Jamie claiming victory in 39.19. Lee Fenton of Berwick won the women’s single in 47.80 and she and Susan Rutherford the women’s double sculls in 54.66 seconds.

Among the competitors was 78 year-old Clive Hole of Durham ARC who also took part in the last Ebchester Regatta held in 1973.

Medals were presented to winners in each category, the Ebchester Cup went to Lee Fenton for the women’s single sculls and the Beveridge Cup was awarded to Jamie McCarron for the open single sculls.

Andy Jaggard of Durham ARC is also offering a series of sculling programmes based at Ebchester, Durham and Derwent Reservoir, and there are plans for the River Derwent to be used as a location for junior members of clubs in the region to develop sculling skills in preparation for the exercises they are required to carry out at the British Rowing Junior Championships. 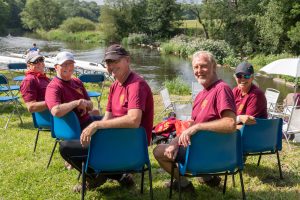