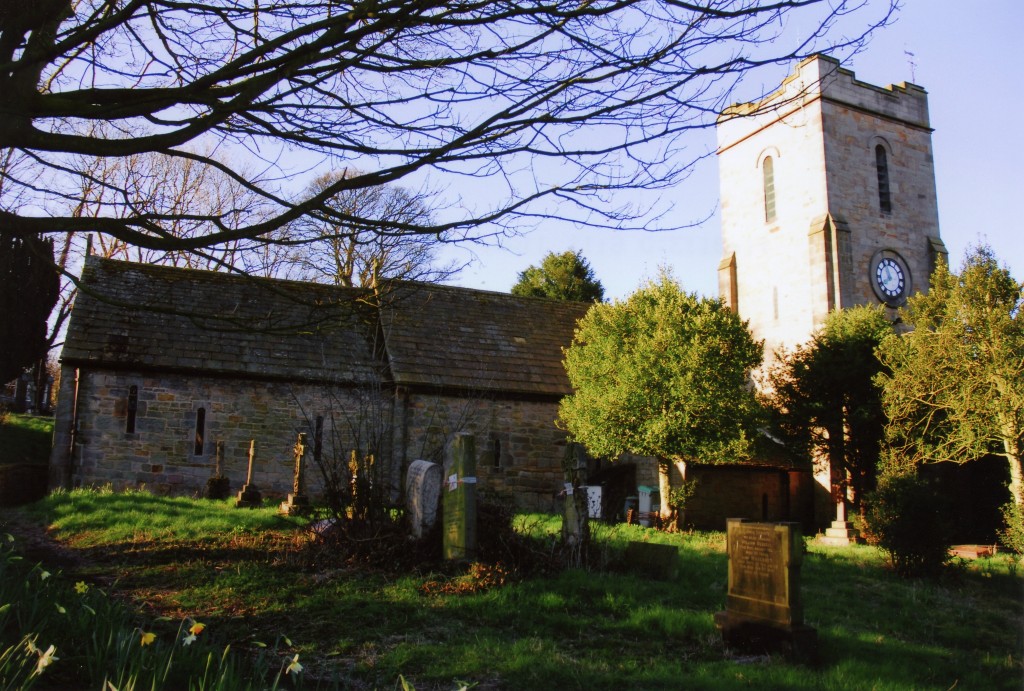 Who was St. Ebba?

She was born around 614 to King Aethelfrith of Northumbria (the amalgam of the kingdoms of Bernicia and Deira) and Acha, his queen. This made her a royal princess and sister to future kings Oswald and Oswiu. On Aethelfrith’s marriage to Acha, daughter of the King of Deira, her brother Edwin, claimant of the Deira throne, was banished. On Aethelfrith’s defeat in battle in 616, Edwin returned and Aethelfrith’s children sought hiding. Ebba went to Iona, received a Christian upbringing and entered monastic life

Why is Ebchester Parish Church dedicated to St. Ebba?

Despite a popular assumption that Ebchester is named after a nunnery in the vicinity, presided over by St. Ebba, the only historical evidence for a religious house under her guidance was the double house (for men and women) at what is now St. Abb’s Head in Scotland. The ‘Eb’ in Ebchester might be a derivation of the Saxon term for ‘up’, as in ‘Up-chester’, meaning the ‘high fort’, as the Roman fort of Vindomora was on a terrace, high above the Derwent. When Ebchester was granted a church of its own by the Benedictine foundation of Durham, dedication to a sainted Northumbria-born Benedictine abbess would be acceptable, whether or not the officials at the time thought the name of the settlement had a greater significance to their choice. References to earlier studies on this and much more detail of the church itself can be found in the booklet, The Legend of St. Ebba and a History of St Ebba’s Church, available from the church

What Do We Know About St. Ebba’s Church?

Founded in the late-12th Century under Bishop Puiset of Durham, it was built on land granted by the Diocese to Sherburn Hospital for sick brethren to convalesce. St. Ebba’s was served by priests from Sherburn and both William de Ebchester and Robert de Ebchester progressed to become Priors of Durham in 1446 and 1478 respectively. Ebchester became a curacy in 1578 and, three centuries later, a rectory

Hutchinson (1789) describes the building as ‘mean’. It comprised a low nave and chancel divided by a Norman arch, the lower courses of stone being large blocks from Vindomora’s remains. By the 13th Century, a double bell cote had been added to the west gable. The church had a low, plastered ceiling which decapitated the Norman archway. At least some of the pews had doors, certainly those reserved for influential local families, such as the Surtees. To improve lighting, some of the narrow lancet windows had been replaced by large sash types by 1803

Although designed to improve the place, a contributor to the 1887 Proceedings of the Society of Antiquaries claimed that the ‘greatest misfortune the church had ever suffered’ was the substantial rebuilding of 1876 in the time of Rector, the Reverend L.H. Linthwaite. The nave was lengthened, a new roof added with open joisting replacing the flat ceiling, the Norman lancet windows reinstated and large stained glass windows, donated by and dedicated to members of the Surtees family, were incorporated into the ends of the nave and the chancel. There were new, lower and open pews, which furnish the church today

Under the incumbency of the charismatic Reverend John George Gibson, the churchyard was enlarged in 1902, the choir and clergy vestries extended and the tower added in 1910. On the first floor of the tower is a clock by Potts & Sons of Leeds (now wound by electricity) and above is a belfry containing a peal of six bells which chime the hours and quarters and can be rung manually for special occasions

Inside the church, at the west end of the nave is the font, reputed to be carved from part of a Roman pillar, whilst in the porch at the base of the tower can be found some Roman stones, including an altar stone discovered locally and dedicated to Jupiter, and various carved stones built into the walls. Outside, in the churchyard, are graves of the Surtees family and the Oleys, the descendants of the sword makers of Shotley Bridge, amongst many other interesting memorials

There is much more to discover inside and out. Services are held most Sundays at 10.30 am.  Come and see 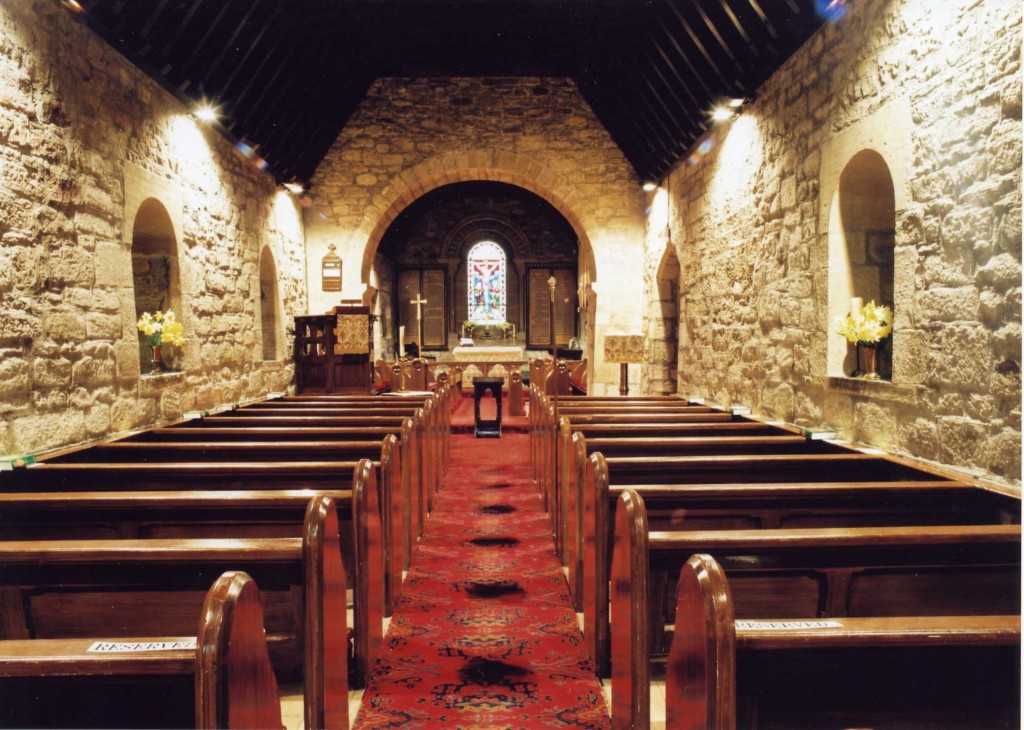 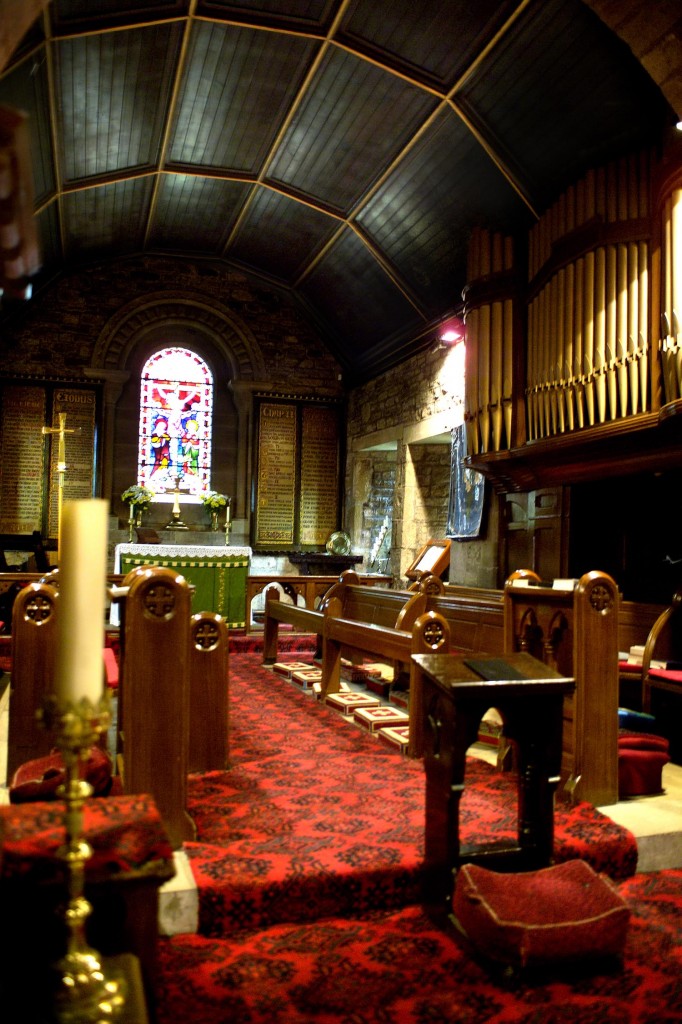 A centenary service was held at the Village War Memorial on the afternoon of Friday 9 November 2018.

The memorial cross is in the churchyard of St Ebba’s Parish Church Ebchester and the service was conducted by Revd Ian Waugh.  The service was attended by about 60 people.  Three people representing the community laid poppy wreaths on behalf of Durham County Council, the Village Community and the Village School.  Twelve children laid small wooden memorial crosses to represent the nine soldiers from the community killed in World War One and three soldiers killed in World War Two.